To truly impact patient lives, we need new types of medicines with game-changing potential. In CDR-Life, we are composing cutting-edge antibody therapies with superior potency and disease selectivity.

A modular antibody fragment platform for composing multispecific antibodies with ideal pharmacological and drug-like properties. A team with drug development expertise covering all phases from invention to market approval.

The CDR-Life team covers all areas of expertise in biologics drug development from discovery to technical development and has experience through all phases of development – from early phase to Biologics licensing application (BLA) submission.

Our pharmacology team has strong expertise within oncology, immunology, and ophthalmology. This enables thorough translational characterization of candidate molecules in the most predictive assays for efficacy, safety, and pharmacokinetics.

Our developability team applies their long-standing experience in biophysical characterization of unconventional biologics. This ensures that molecules fulfill both biologic activity AND drug-like property requirements and allows selection of the most suitable clinical candidates for the envisioned drug product.

Our DP & Analytics team has strong expertise in developing challenging drug products such as intravitreal drugs as well as advanced delivery products. Having robust and fully qualified analytical methods in place is key to process and drug product development. This team has in-depth expertise in the establishment of analytical methods and strategies through all clinical phases.

Leadership and Board of Directors

CDR-Life’s leadership team comprises highly experienced entrepreneurs and drug developers who originated Beovu® (Novartis), a biologic drug approved for the treatment of wet AMD. During our common history at ESBATech, our team successfully developed 4 biologics from discovery to clinical proof of concept. We grew a biotech company earning a trade sale of the company for more than USD 600 million, creating highly attractive returns to our investors. 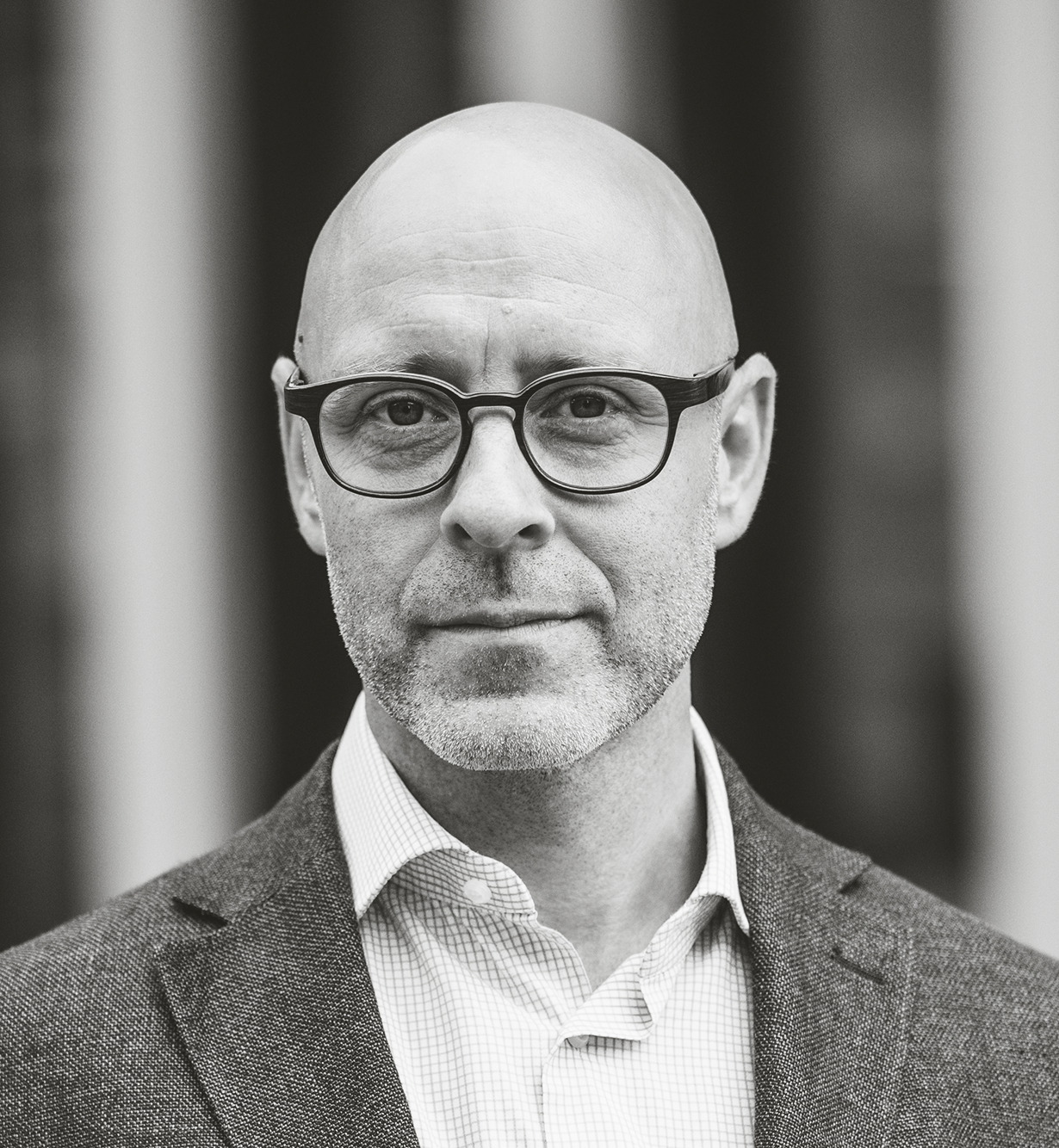 Christian Leisner
Chief Executive Officer & Member of the Board
Background

Christian is a seasoned drug developer. He has worked in all phases of drug development within the areas of ophthalmology, oncology, autoimmunity, cardiovascular disease. Christian has led several global programs with new biologic entities including LME636 (Novartis) from the preclinical stage up through successful Phase 2 in two different ophthalmic diseases. He has also played lead roles in the clinical development of Rydapt (Approved in rare hematological disease) and brolucizumab (positive Phase 3 in retinal disease).

Christian has served in Business Development & Licensing teams in Alcon and Novartis and was part of the senior management in ESBATech.

He obtained his Ph.D. in biochemistry from ETH Zurich, Switzerland. In addition, he holds a Master of Science in Molecular Biology and in Chemistry from Roskilde University, Denmark. 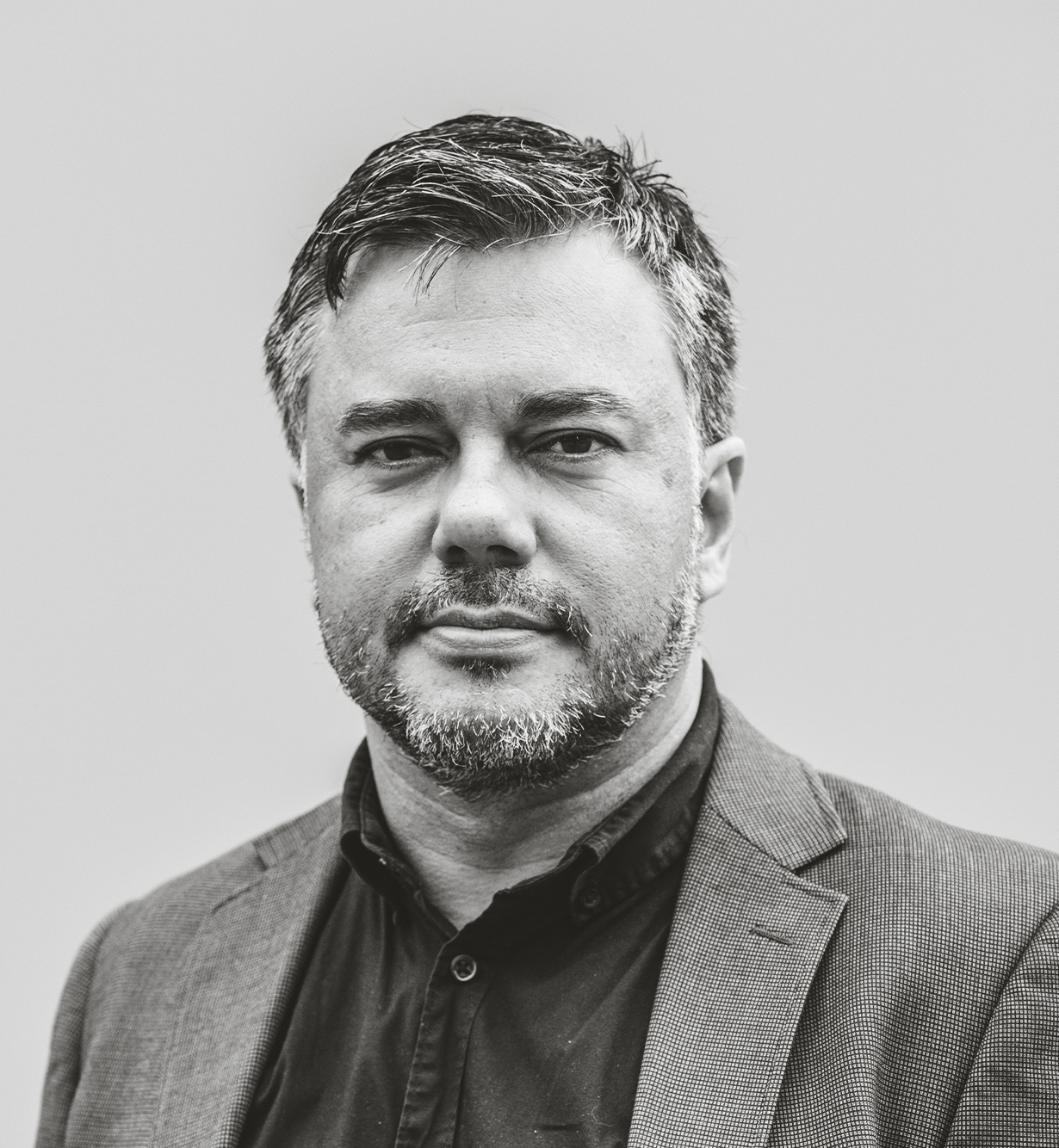 Leonardo is an accomplished protein engineer with a track record in preclinical development of antibodies. After joining ESBATech in 2004, he designed and optimized numerous scFvs including brolucizumab (RTH258), which recently achieved positive Phase III against wet AMD in Novartis and is now being prepared for approval and launch.

In his role as Head of Protein Engineering at ESBATech, Leonardo was responsible for leveraging the scFv platform for the generation of bispecific antibodies, directed strategies to assess manufacturing properties and risks of antibody fragments, and led multiple projects from antibody discovery to early development for Alcon and later for Novartis.

More recently Leonardo led the scaffold technologies group at Novartis Biologics Center where he continued his work in antibody based scaffolds and multispecifics for different disease areas including immuno-oncology, cardiovascular diseases, and ophthalmology.

Leonardo developed a generically applicable antibody humanization procedure that for the first time resulted in highly stable and potent antibody fragments. He is inventor on numerous patents and his scientific work has been published in peer-reviewed journals.

Leonardo is heading the Research Unit in CDR-Life. 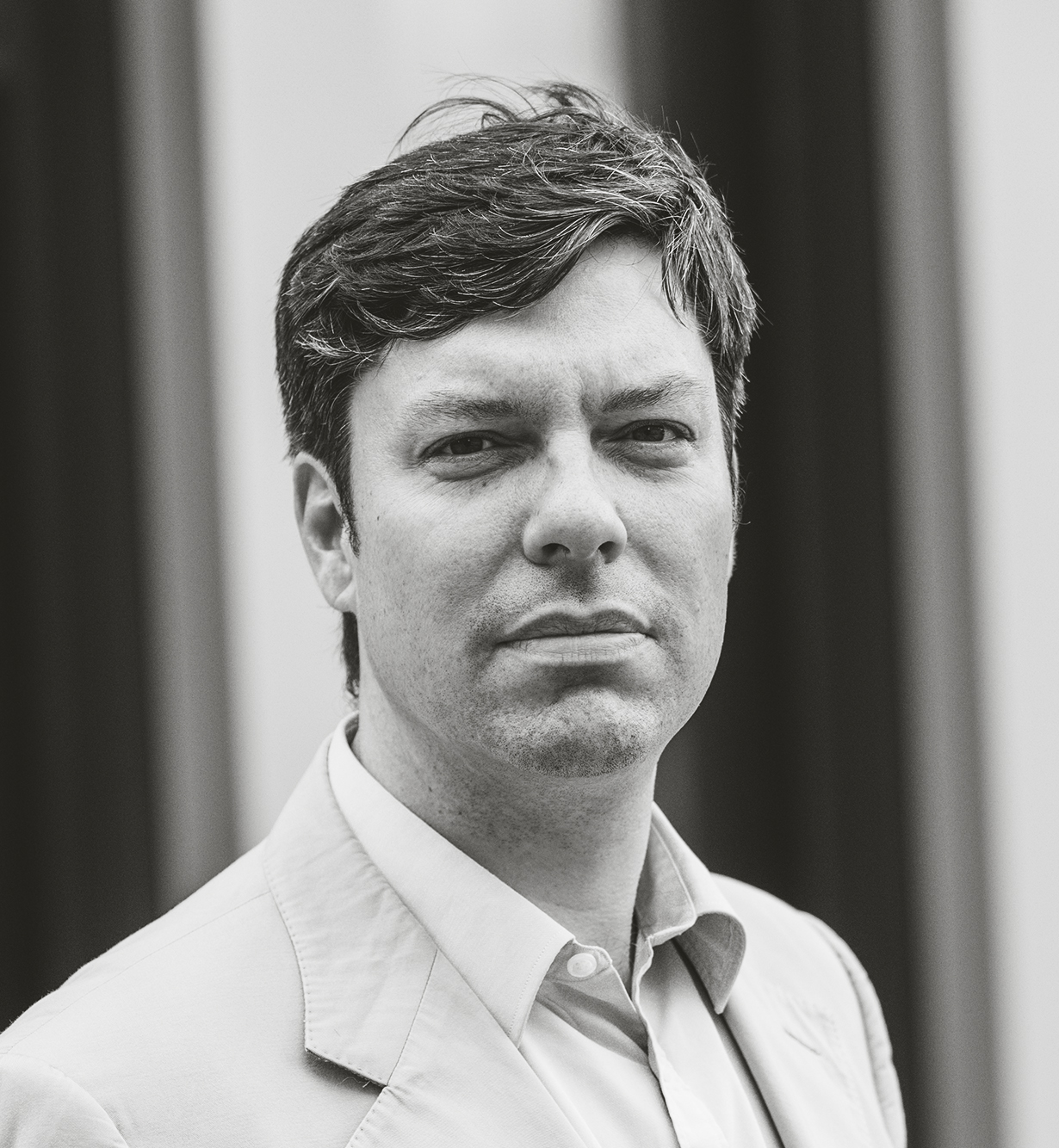 Konstantin von Schulthess’ experience stretches over more than 15 years in financial leadership roles. He looks back on 9 years in R&D finance – first as global controller at Hoffmann-La Roche and then as CFO at ESBATech. He is the founder and owner of Goldhalden, a consultancy focusing on leadership in finance roles.

At ESBATech, Konstantin oversaw all financial and business activities including funding, investor relations, budgeting, reporting, IT and infrastructure. Together with Dominik Escher he took part in the transaction team during the USD 589 million trade sale of the company to Alcon in 2009.

Prior to joining ESBATech Konstantin was the first global life-cycle controller at Roche. Building up this new role, he managed a total R&D and marketing budget of more than USD 400 million for Roche’s Anti-CD 20 (Rituximab / Ocrelizumab / Obinutuzumab). 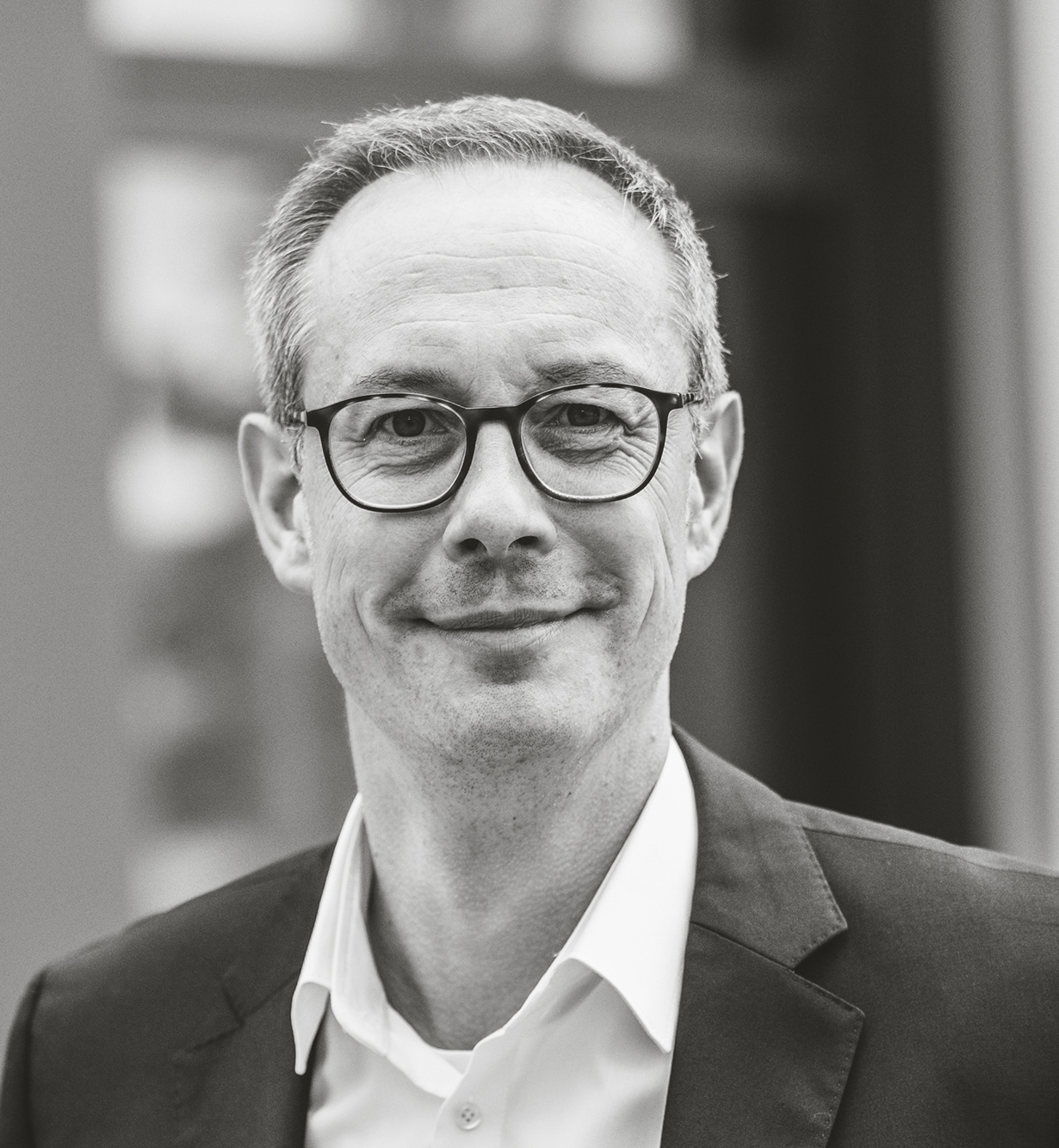 Rouven is an accomplished leader in technical development and manufacturing of biologics. He was Head of Downstream Processing & Analytics in ESBATech and Novartis (>6 years) and subsequently worked as Global Drug Substance Lead in Novartis.

Rouven played leading roles in successful development of manufacturing processes for multiple therapeutic antibody formats including antibody fragments, multi-specific antibodies, and monoclonal antibodies via both microbial and mammalian processes. In addition, he was part of the team that prepared the IMPD and BLA submissions for brolucizumab (Novartis).

Rouven is heading the Technical Development Unit in CDR-Life.

Dominik Escher
Executive Chairman of the Board
Show Resume 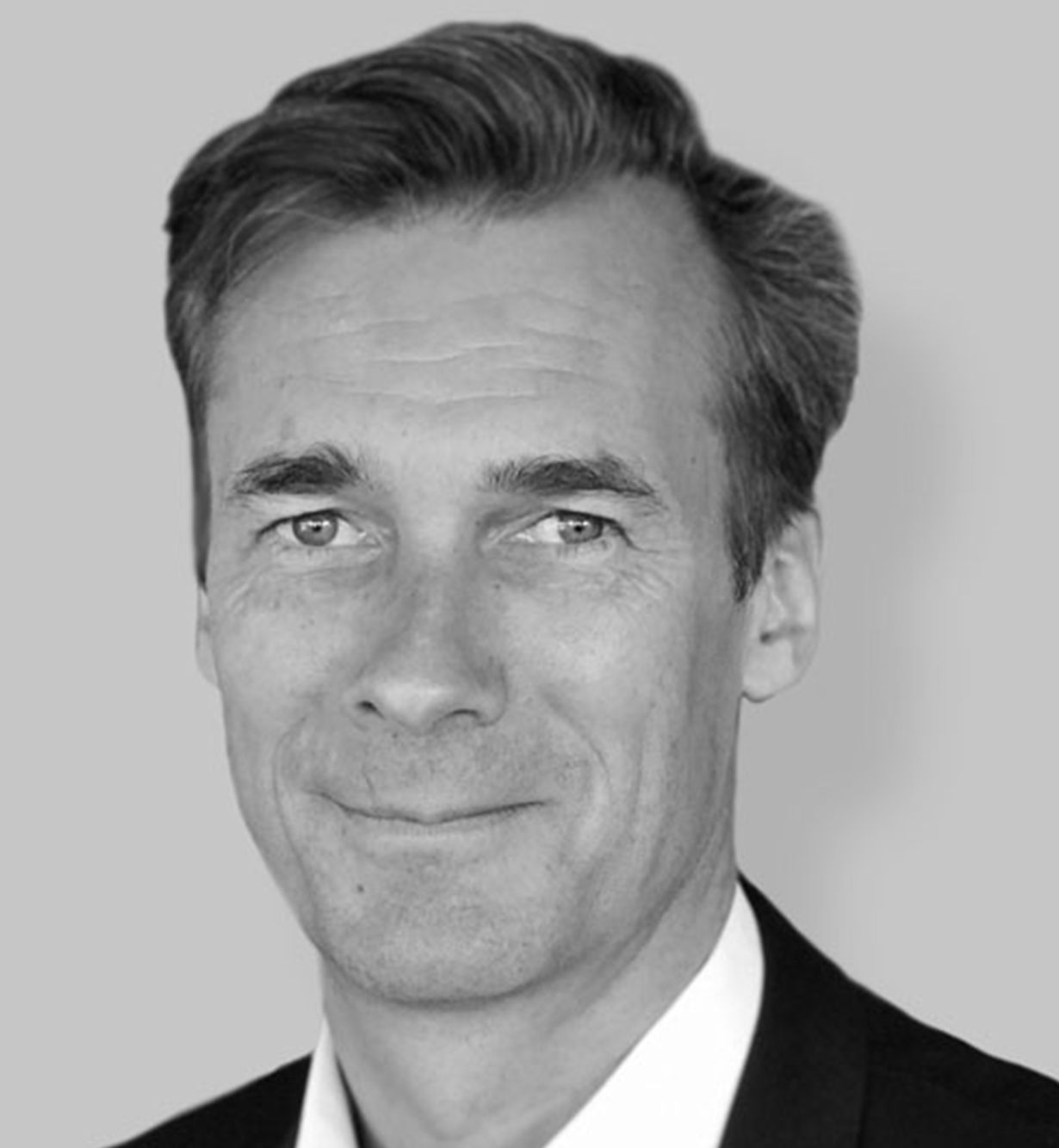 Dominik Escher
Executive Chairman of the Board
Background

Dominik is a biotechnology entrepreneur. He was a founder of ESBATech and was leading the company as CEO since its inception in 1998 until 2016. He raised more than USD 90 million venture capital for ESBATech AG. In 2009, ESBATech AG was acquired for USD 589 million by Alcon.

Within Alcon Dominik continued to lead ESBATech and was Vice President of R&D Alcon and member of the group’s Global R&D Leadership Team.

At the same time as ESBATech AG was sold to Alcon, Dominik was a founder of Delenex Therapeutics. He served on the board of this new biotech company until it was acquired by Cell Medica in 2016.

Since 2002 he is a Board Member of the Swiss Biotech Association, the biotech industry organization of Switzerland which he leads as President since 2013.

The Scientific Advisory Board consists of experts within the fields of immunooncology and ophthalmology and will serve as a vital strategic resource to the company to develop novel and impactful medicines.

In addition to guiding CDR-Life’s research and development activities, including clinical trial designs, the SAB will also identify new target indications and will evaluate strategic assets that leverage the management’s expertise in therapeutic antibody fragments. 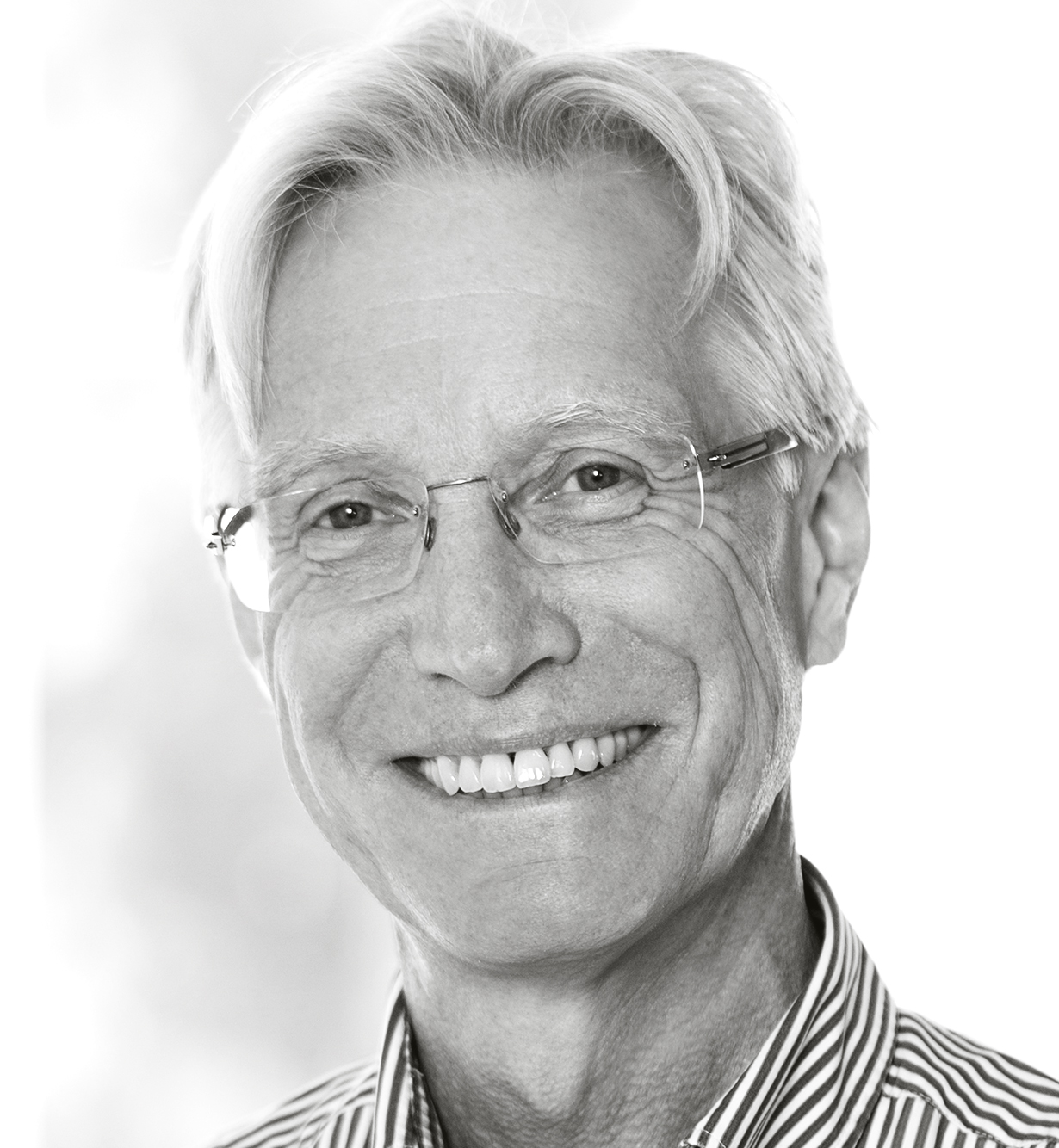 Dr. Jaeger is Professor in Hematology at the Medical University of Vienna and Head of the Hematology and Hemostaseology Department at Vienna General Hospital (AKH Wien). During his training, he completed a three-year research stay with Prof. Stanley Korsmeyer at Washington University in St. Louis. His clinical and scientific focus is on lymphoproliferative diseases (leukemia and lymphoma). As a study director, he is responsible for the international NHL13 study of aggressive lymphoma and for acute lymphocytic leukemia of the adult age within the Study Group of Medical Tumor Therapy (AGMT). He is also lead investigator in several Austrian and international studies. His special focus is on translational research. Dr. Jäger was President of the European Hematology Association (EHA) from June 2011 to June 2013 and is currently a member of the European Biomed Alliance and the European Alliance for Personalized Medicine. 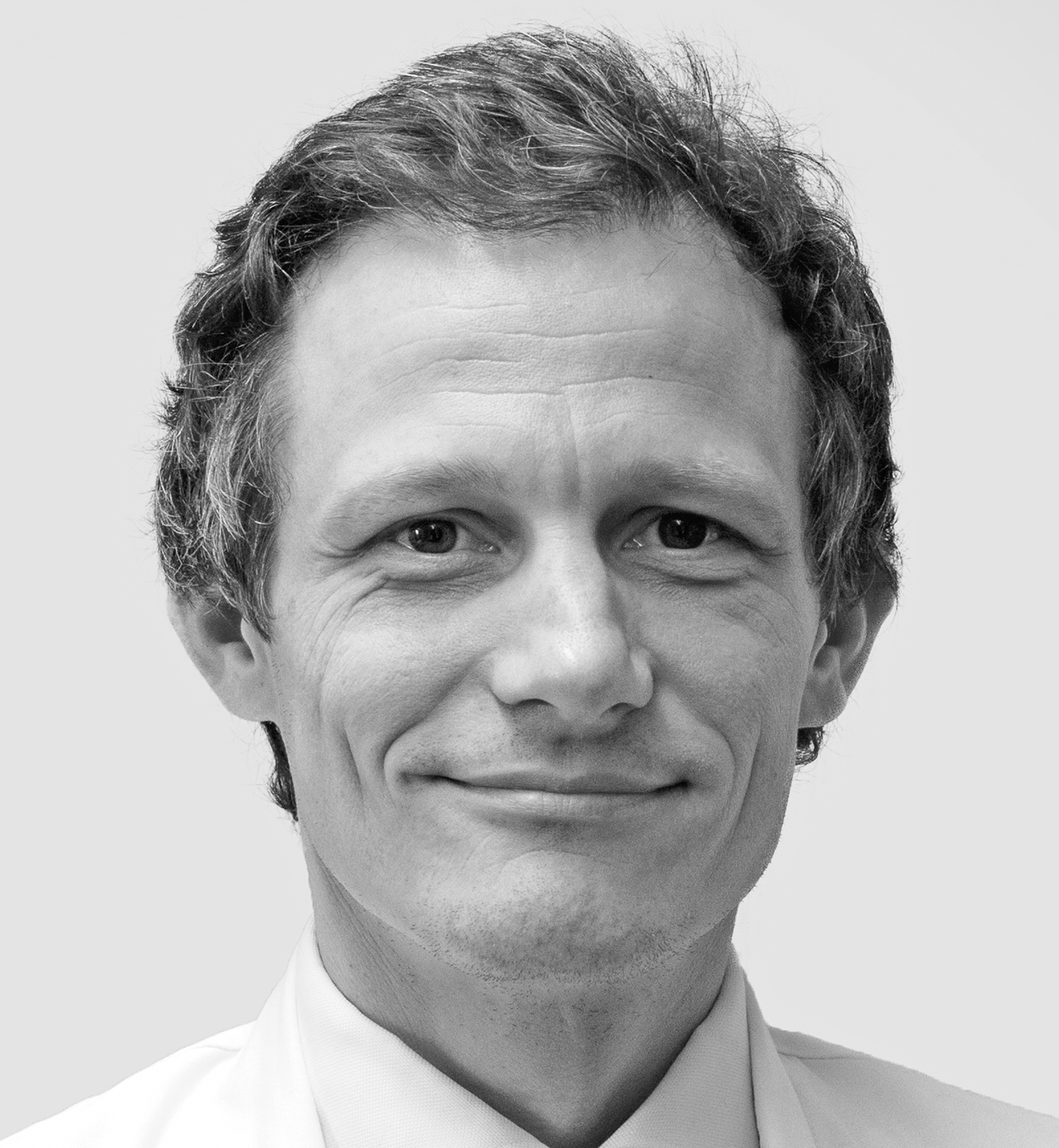 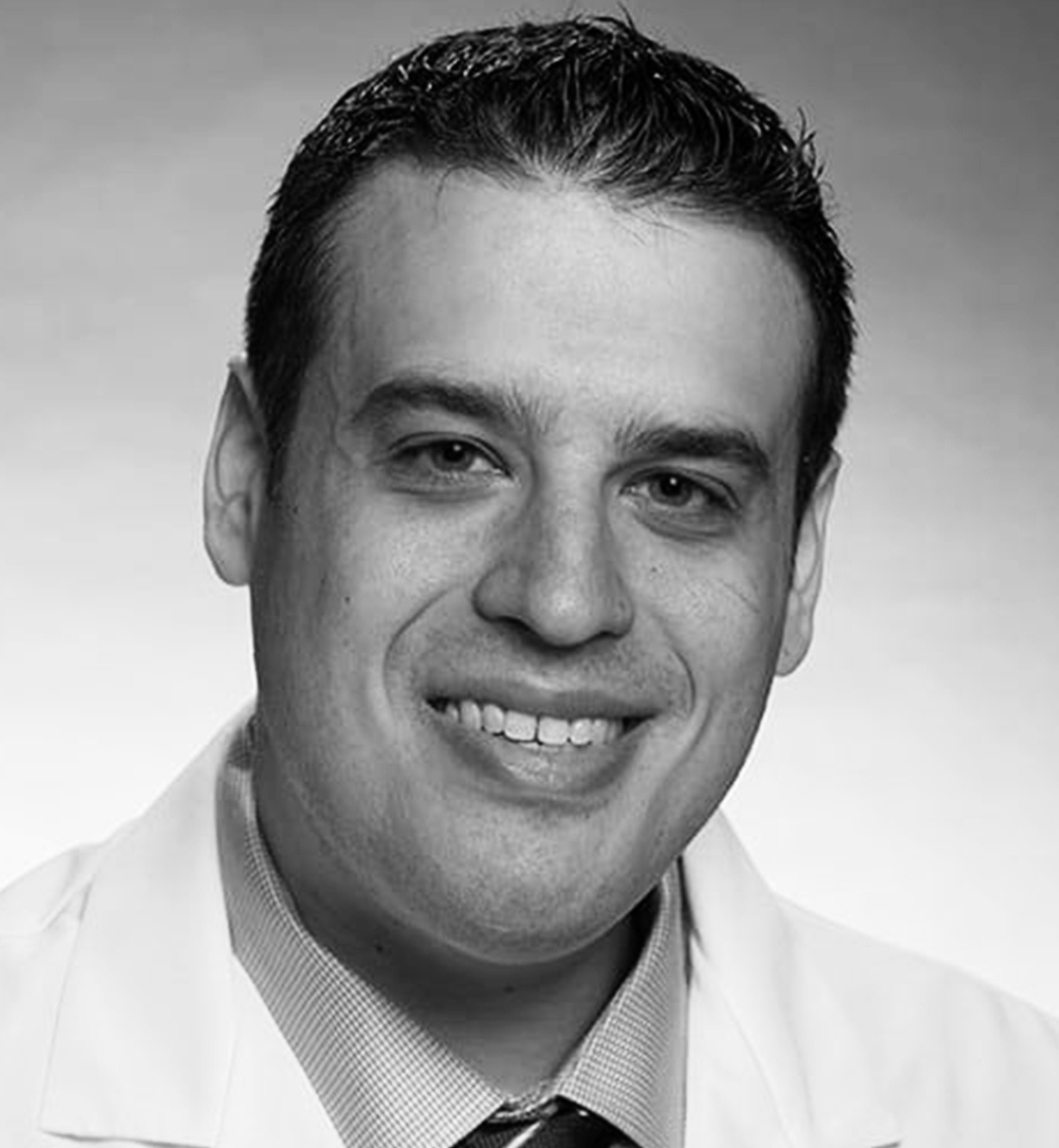 Joshua Richter, MD, is Assistant Professor of Medicine in The Tisch Cancer Institute, Division of Hematology and Medical Oncology, Mount Sinai. Dr. Richter treats patients with plasma cell dyscrasias, including multiple myeloma and related diseases such as amyloidosis and Waldenstrom’s Macroglobulinemia. Dr. Richter has extensive experience with clinical trials focused on novel therapies, including antibody therapy and immunotherapy for a precision medicine approach. In addition, he has published in numerous reputable oncology journals including Blood, Journal of Clinical Oncology, and the British Journal of Haematology. 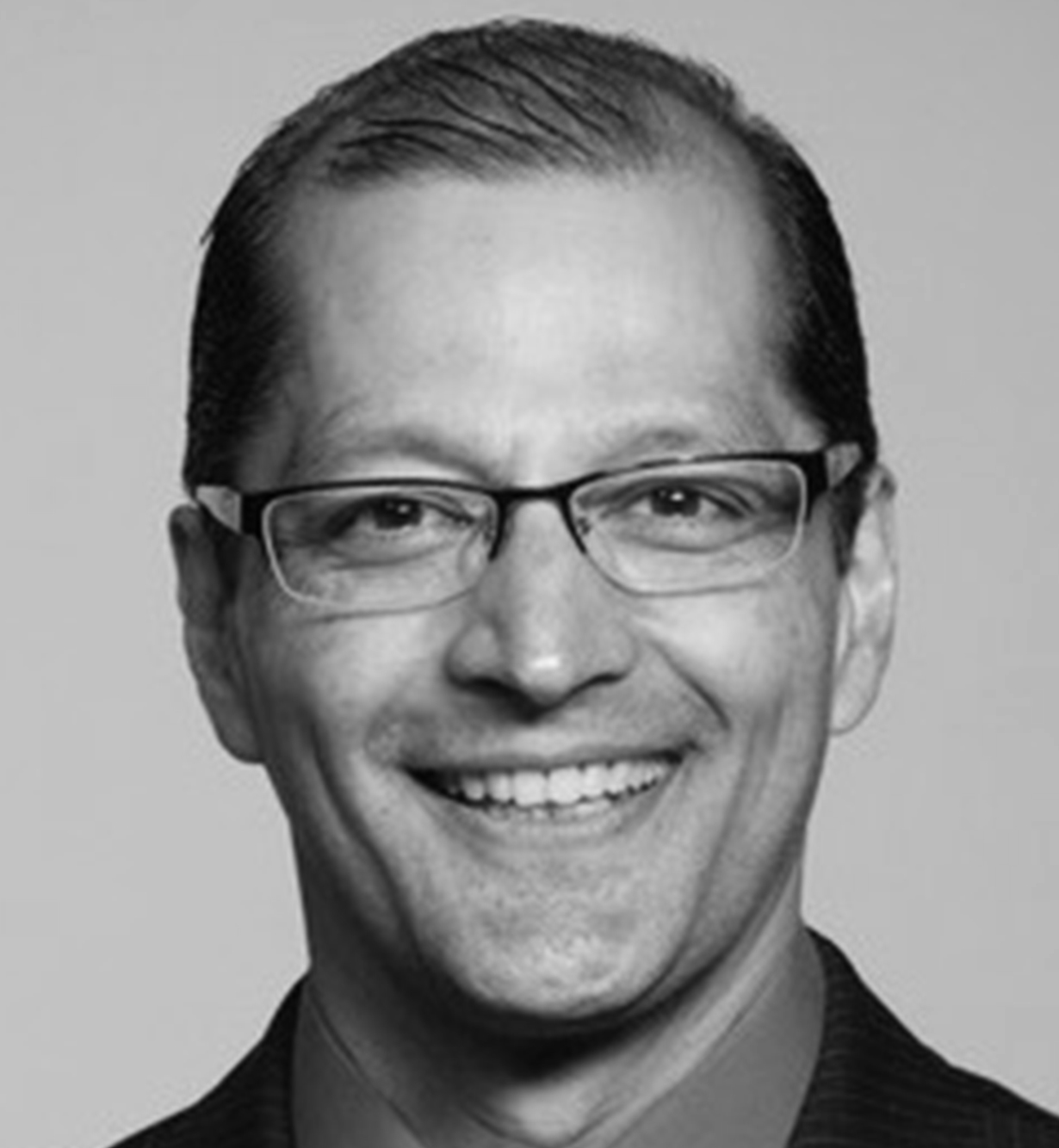 Dr. Dugel is a world-renowned retinal specialist. In addition to RCA, he serves as a clinical professor at the University of Southern California Eye Institute, Keck School of Medicine. He is a founding member of Spectra Eye Institute, Sun City, and a Physician Executive Director at Banner Eye Institute, Banner University Medical Center, University of Arizona. Dr. Dugel has authored more than 200 papers and 35 book chapters. He serves on the editorial boards of several major medical journals, and has been a primary investigator in more than 100 multicenter clinical trials. Dr. Dugel is a recipient of the prestigious Senior Honor Award from the American Academy of Ophthalmology (AAO). He graduated Summa Cum Laude from Columbia University in New York and attended the UCLA School of Medicine.

Frank G. Holz, MD
Chairman and Professor at the Department of Ophthalmology, University of Bonn 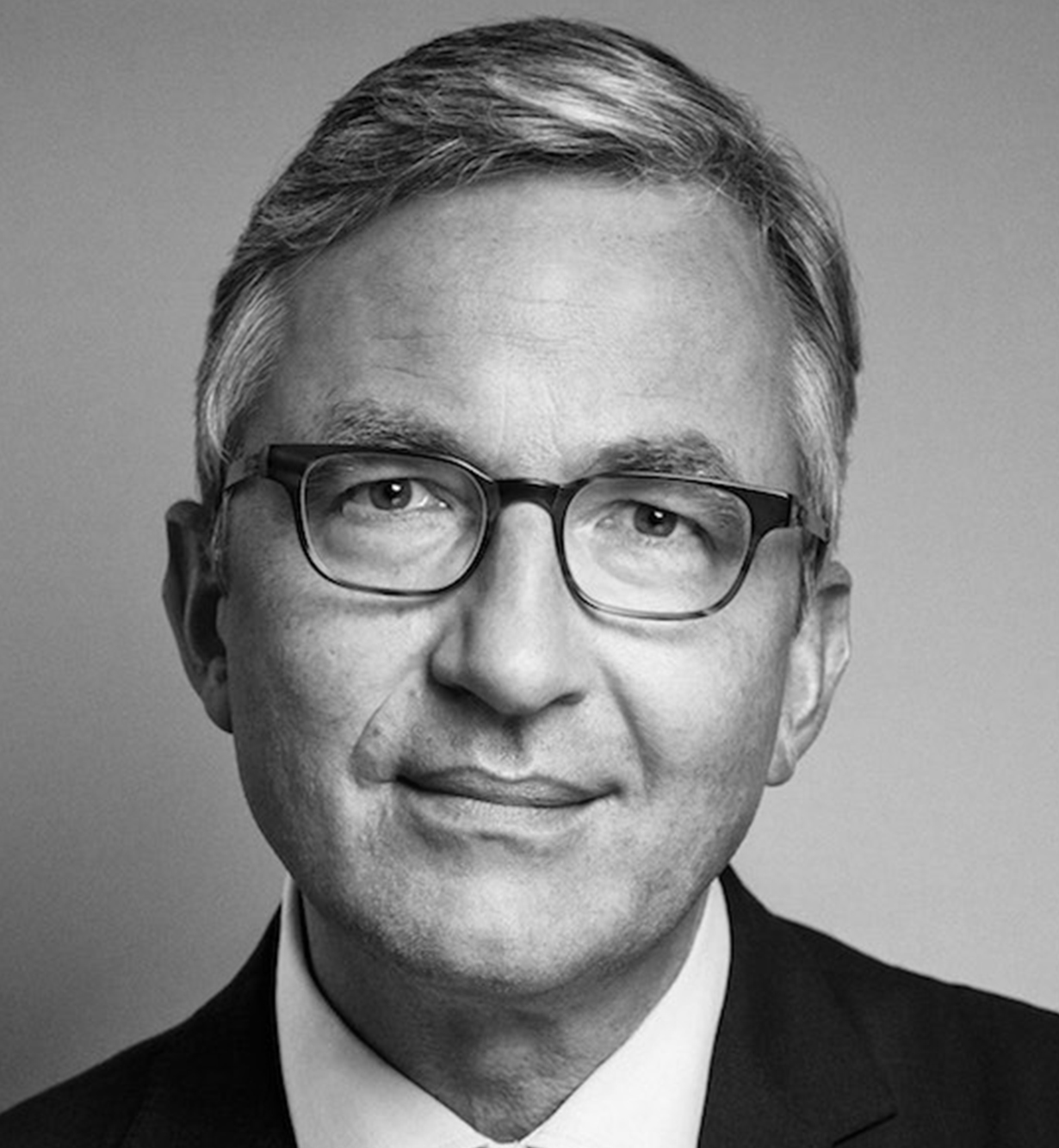 Frank G. Holz, MD
Chairman and Professor at the Department of Ophthalmology, University of Bonn
Background

Dr. Holz is a leading researcher in age-related macular degeneration (AMD) and related imaging technologies. He has also been involved in several high profile clinical trials with innovative therapies for macular disease, and has contributed significant advances in the understanding of AMD phenotypes as well as macular telangiectasia, including characterizing the natural history in many patients and identifying early markers of the disease. For the last three decades, Dr. Holz has been at the forefront of clinical research using the most advanced retinal imaging modalities. He is one of the early adopters of confocal scanning laser ophthalmoscopy based fundus autofluorescence imaging as well as OCT-angiography. He founded the GRADE Reading Center Bonn to perform digital image analysis in multicentre clinical natural history and interventional trials. Dr. Holz serves as Editor-in-Chief of the journal of the German Ophthalmological Society (DOG), Der Ophthalmologe, is a past president of DOG, and Board member of Euretina. He has received numerous awards including the Pro Retina Macular Degeneration Research Award, the Leonhard-Klein Award for Ocular Surgery, the Alcon Research Institute (ARI) Award, the Senior Achievement Award of the AAO and the Jules Gonin Award. He published more than 400 articles in peer-reviewed journals and is editor of several books on retinal diseases. 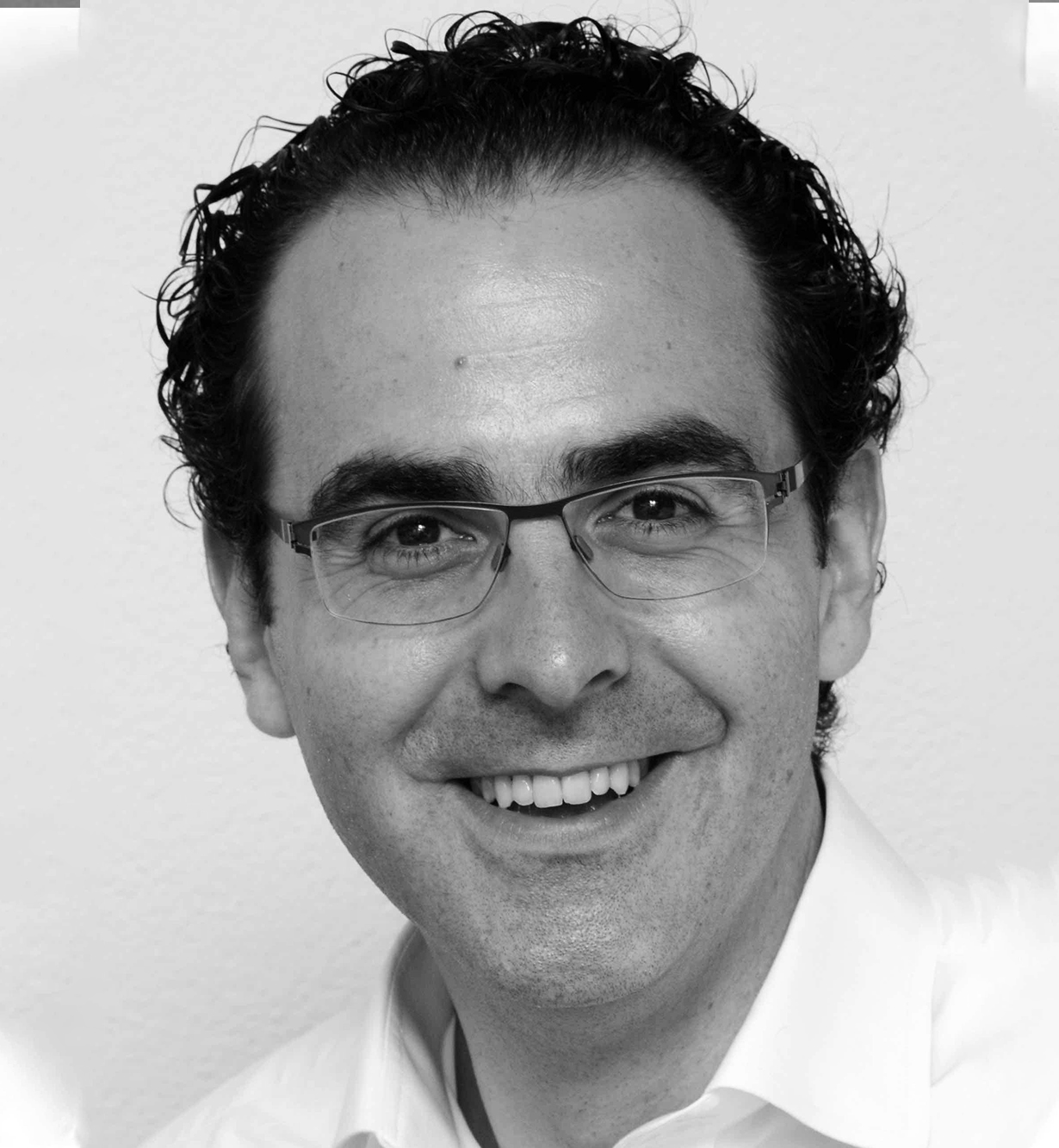 Professor at the University of Zurich and Vice Chair at City Hospital Triemli, Zurich, Switzerland Dr. Michels currently serves as vice-chair and head of medical retina at the Department of Ophthalmology, City Hospital Triemli, as well as professor at the University of Zurich. He obtained his ophthalmology training at the University of Luebeck, Emory University in Atlanta, the Bascom Palmer Eye Institute in Miami and the Medical University of Vienna. Dr. Michels was the first to study the potential use of bevacizumab (Avastin®) and canakinumab (Ilaris®) in ophthalmology and is known for his work on therapeutic treatment strategies (PrONTO-Study). He has published more than 80 peer-reviewed articles and has acted as principal or co-investigator in more than 25 clinical trials. He is leading the largest single intravitreal injection center in Switzerland and one of the leading centers for clinical studies on macular diseases in Switzerland. 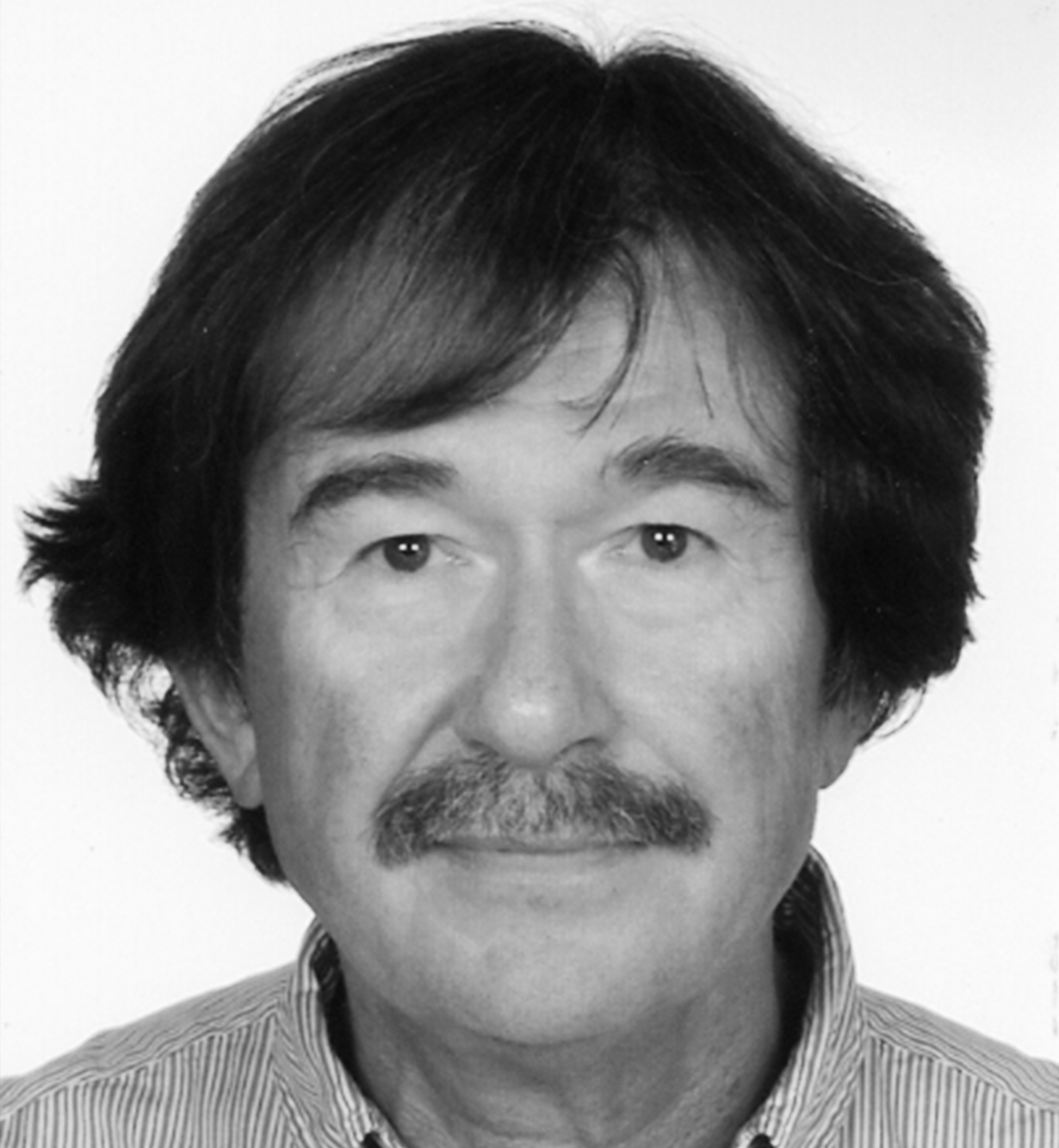 Dr. Zierhut holds degrees in chemistry and medicine from University of Tuebingen, and spent one year of his fellowship in ophthalmology at Harvard Medical School. He is an expert in clinical and experimental immunology, including uveitis and dry-eye syndromes. Dr. Zierhut has completed more than 3,000 surgical procedures, and has written 130 journal articles, 65 book chapters, and 290 posters and presentations at medical conferences. He has authored or edited 25 books, has given more than 850 lectures, and has been the chief organizer of 36 congresses, workshops, and meetings. Dr. Zierhut was president of the International Uveitis Study Group from 2009 until 2013, and currently serves as head of the German Uveitis Patient Interest Group as well as Editor-in-Chief of Ocular Immunology and Inflammation.